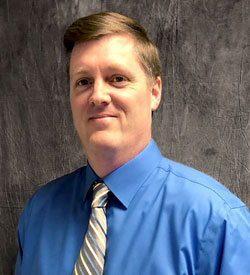 We are  pleased to announce that Andy Waadevig has accepted the position of Custom Products Manager in Chatfield. Andy will report directly to the Vice President of Minnesota and Mexico Operations. Andy began his career with Strongwell as a Draftsman, after graduating from the Mechanical Drafting program from Rochester Community and Technical
College. He was promoted to Estimator in 2003 and then promoted to Chief Estimator in 2008.

Andy lives outside of Chatfield with his wife Sarah, daughter  Aleksie and two sons, Tyler and Josh. In his spare time he enjoys trout fishing, camping, doing home improvement projects and watching his sons’ football games and track meets.

Please join us in congratulating Andy on his new role at Strongwell.