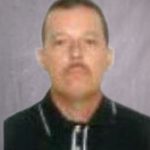 We are pleased to announce that Antonio Alanis has joined Strongwell as a Production Supervisor
for STRONGWELL S. de R.L. de C.V. Antonio will report to Antonio Garza and will be in
charge of a production shift for Mexico facility.
A native of Montemorelos, NL; Antonio has a wide experience leading personnel. Antonio
was most previously employed as Production Supervisor at Villacero.
Antonio is married and resides in Apodaca with his wife Sara and his children Alejandra, Alan
and Alma.
In his free time, Antonio enjoys being outdoors. He also enjoys carpentry and working on renovations for his home.
Please offer your full support and join us in welcoming Antonio to Strongwell.