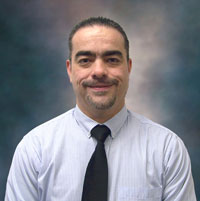 Antonio will report to Mike Jaszewski and will work closely with all support functions to oversee the construction, set-up and daily operation of the Mexico facility.

A native of Ciudad Victoria Tamaulipas Mexico. Antonio received his Mechanical Administrative Engineer and Masters Degree in Administration from Nuevo Leon State University. He was previously employed as the R&D Operations Manager at Villacero Steel in Apodaca, N.L. for the last 14 years.

Antonio resides in Apodaca with his wife Karla and two children, daughter Camila and son Roman.