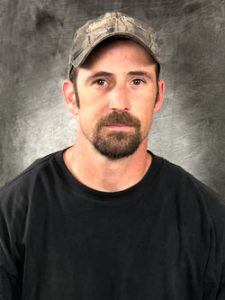 We are pleased to announce that Ashley Underwood has accepted the 2nd shift Pultrusion Coordinator position.
Ashley has spent his 18-year career in various manufacturing facilities and has a wide variety of skills that he intends to utilize at Strongwell.
Ashley was born in Austin, Minnesota, and grew up at Grand Forks Air Force Base until he was 14, when he moved back to Minnesota. He currently resides in Eyota, Minnesota. Ashley enjoys his time with his daughter, loves being outdoors, and really enjoys working on cars.

Please join us in welcoming Ashley to his new position at Strongwell.