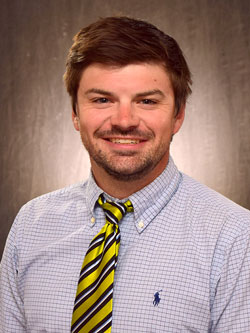 We are pleased to announce that Austin Williams has joined Strongwell as a Machine Design Engineer, reporting to the Manager, Process Engineering.

Austin joins Strongwell with a background in Machine Design/Mechanical Specialist with S&B Engineers and Constructors in Kingsport, TN. He is working towards earning his Bachelor of Science degree at East Tennessee State University in Manufacturing Engineering.

In his spare time, Austin enjoys motorcycles: riding, working on them, and even designing custom parts. He also enjoys fishing, hiking, and traveling. He is a dog person, with a German Shorthaired Pointer and a Bernese Mountain Dog.

Austin is originally from Nickelsville, VA, but spends most of his time in Johnson City, TN, where he currently resides.