Billy Harlow Jr. has been named Supervisor, Pultrusion in Bristol 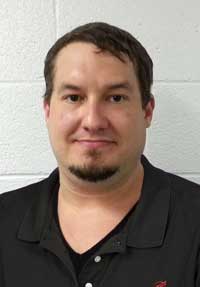 Billy resides in Bristol, TN with his wife, Wendy. They have 2 daughters, Cloe and Abbigail. He enjoys NY Yankees baseball, Florida State football, and spending time with family. Please join us in congratulating and supporting Billy in his new position at the Bristol Facility.