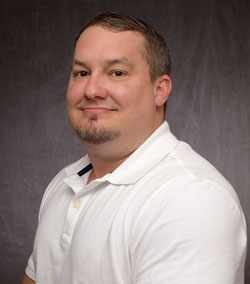 We are pleased to announce the promotion of Billy Harlow to the position of Logistics Manager – Bristol. Billy began his Strongwell career over twenty years ago as a pultrusion operator. In 2011, he was promoted to the Supervisor position at Highlands and in 2013 he assumed his current position as the Pultrusion Supervisor – second shift in Bristol.

Billy and his wife Wendy have been happily married for 15 years. They have two daughters Cloe and Abbigail. In his spare time, Billy enjoys golf and working out.

Please join us in congratulating Billy on his new assignment