Chris Lancaster has been promoted to Regional Sales Manager 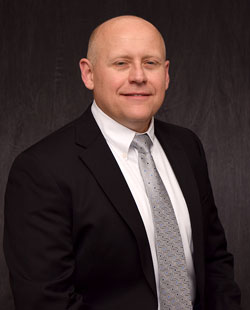 We are  pleased to announce that Chris Lancaster has been promoted to Regional Sales Manager in Region G.  In this new role, Chris will report directly to the Vice President of Sales and Engineering, and will be responsible for the states of Louisiana, Arkansas, Oklahoma, Texas, New Mexico and Arizona, as well as Mexico.  His office location will remain in the Bristol facility.

Chris began his career with Strongwell in 1997 as the Molded Grating Supervisor.  From there he moved into the role of Fabrication Supervisor, then as Fabrication Manager over Structural Fabrication and Cooling Tower, and then into his current role of Manufacturing Manager.

Chris currently lives in Blountville with his wife, Kerry, his son, Nate, and his twin daughters, Rachel and Reagan.  He enjoys spending time on the lake and outdoor activities with his family.

Please join us in congratulating and supporting Chris in his new role.