David Cook has been promoted to Project Manager 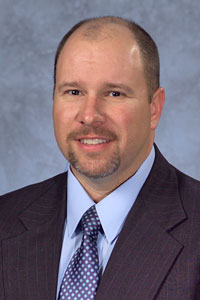 We are pleased to announce that David Cook has been promoted to Project Manager effective 11/15/13.  In his new role David will report to the Customer Logistics Manager, and will be responsible for allocations for structural fabrication jobs, assisting in finished good inventory, assisting in setting reorder points for finished goods and working with Cooling Tower order entry and allocations of these materials.

David began his career with Strongwell in 1994 in the Hand Layup Department. He then moved to Shipping and worked as a material handler. After this he was a lead in Molded Grating and then moved to Production Control where his new role was a Material Planner. David then returned back to Shipping and was promoted to Shipping/Receiving Facilitator until he moved into his most recent position as Inventory Control Facilitator.

David has an Associate’s Degree in Computer Science.

David and his wife, Peggy, reside in Bluff City, TN.  He has two children and currently enjoys spending time with his family, fly fishing and college football.

Please join us in congratulating and supporting David in his new position.