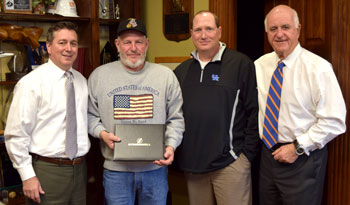 George Ratcliffe (Operator-Highlands) was recently recognized in honor of his retirement from Strongwell. George was with Strongwell for over 18 years as an advanced pultrusion operator.  He began his career in pultrusion two years after the Highlands facility was constructed.  He plans to spend his retirement in Rosedale, Virginia.

Strongwell congratulates and thanks George Ratfcliffe for his hard work and dedication over the years.