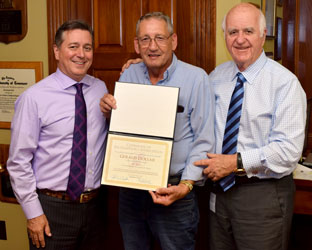 Gerald Dollar (Pultrusion Supervisor-Bristol) recently announced his retirement with Strongwell. Gerald was originally hired in 1981 as an operator. Throughout his career, he has worked in many capacities throughout Strongwell’s pultrusion operations. The most notable positions held have been lead, supervisor, and superintendent.
His plans for retirement include spending time with his wife, kids, and grandchildren. He is also looking forward to using some of his free time for exploratory travel.