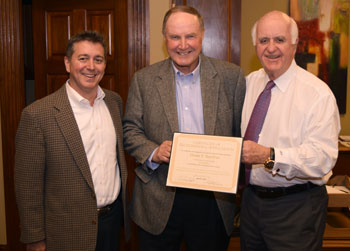 Glenn Barefoot (Vice President of Business Development and Marketing) began his career at Strongwell in March of 1994 as the Corporate Marketing Manager. He joined Strongwell with extensive metals and composites experience from various manufacturers. He was a Captain in the U.S. Army and a graduate of the United States Military Academy at West Point (1971), where he earned his B.S. in General Engineering.  During his composites career, he served in multiple leadership capacities within the composites and industrial building councils.  Philanthropically, Glenn serves on the Board of Directors for the Boys and Girls Clubs of the Mountain Empire. His plans for retirement include more traveling, spending time with his grandchildren, exercising, reading and working on the house. Glenn says what he will miss most about Strongwell is the daily interaction with his extraordinary coworkers.