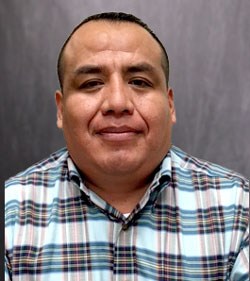 We are pleased to announce that Jaime Landon has joined Strongwell as EHS (Environmental, Health and Safety) Specialist for STRONGWELL S. de R.L. de C.V.  Jaime will report to Antonio and will be supporting environmental, health and safety activities for the Mexico facility.

Jaime is married and resides in Monterrey with her wife Viridiana and his daughter Sara.

In his free time, Jaime enjoys spending time with his family.  As well he likes basketball and his favorite team is Detroit Pistons.

Please offer your full support and join us in welcoming Jaime to Strongwell.