Jeremy Smith has joined Strongwell in the position of Process Engineer 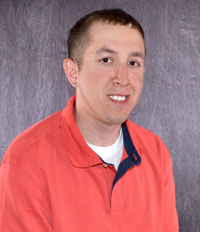 We are pleased to announce that Jeremy Smith has joined Strongwell in the position of Process Engineer.

Jeremy was an engineering intern with Strongwell from December 2014 to January 2015 during which he successfully completed a project that offered cost savings and improved resin utilization by reducing the number of resin formulas.  Jeremy’s project aided in Strongwell’s improvement efforts in a competitive marketplace.

Jeremy comes to Strongwell with two degrees.  He holds an Associates of Science from Mountain Empire Community College and a Bachelor of Science in Engineering with a minor in Green Engineering from Virginia Tech.

Jeremy is an avid outdoorsman and enjoys sharing the love of hunting and fishing with family members.

Please join us in welcoming Jeremy to the Strongwell team.