Jim Hanson has been Promoted to the Role of Facilities, Safety, & Health Manager 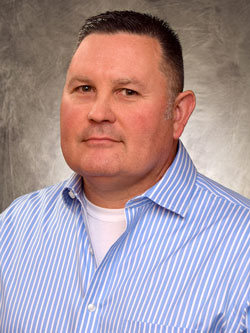 We are pleased to announce that Jim Hanson has been promoted to the role of Facilities, Safety, & Health Manager. He will report directly to the General Manager of Minnesota & Mexico Operations.

Jim began his career with Strongwell in 1994 as a Fabricator. He then took on the responsibilities of Safety Coordinator in 1999, and Health, Safety, and Human Resource Administrator in 2016.

Jim currently lives in Rochester, MN, with his significant other, Tina, his son, Lucas, and daughter, Olivia. He enjoys spending time golfing, fishing, and being outdoors with his family.

Please join us in congratulating Jim on his new role.