Josh Maggert has been Named Engineering Manager of Chatfield 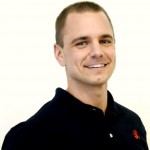 We are pleased to announce that Josh Maggert has been named Engineering Manager – Chatfield effective April 1, 2013. All process engineers in CHATFIELD will report to Josh. Josh will report directly to the General Manager of Chatfield Operations. In his new role Josh will coordinate and manage all functions related to process and R & D engineering at the CHATFIELD location.

Josh began his career with Strongwell in 2007 as a Process Engineer at the Chatfield Facility after receiving a BS Degree from Winona State University in Composite Engineering.

Josh resides in Winona with his wife Kendra. In his free time, Josh enjoys cross training, softball, basketball, and golf.

Please join us in congratulating and supporting Josh in his new position.