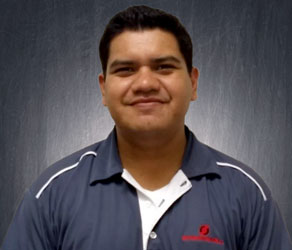 We are pleased to announce the promotion of Roberto Gonzalez to the position of Production Supervisor. Roberto will report to the Plant Manager and will be in charge of a production shift for the Mexico facility.

Roberto began his career with Strongwell in June 2017 as a Maintenance Technician. Prior to Strongwell, Roberto gained valuable experience while employed with Whirlpool and Tuberia Helicoidal in both Maintenance and Supervision areas.

Roberto and his fiancé, Celia, reside in Apodaca, NL with Rolando, his dog and four cats. He enjoys activities outdoors, especially soccer. His favorite team is “Chivas” from Guadalajara. Currently, Roberto plays the position of goalkeeper in “Deportivo Strongwell”, the soccer team of Strongwell Mexico.

Please  join us in congratulating Roberto in his new role.