Strongwell Believing in an United Cause 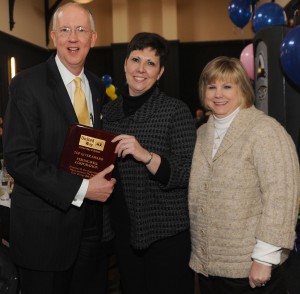 Since 1996, the United Way of Bristol has been recognizing organizations’ outstanding achievements to its annual campaigns by giving three campaign awards. This year’s Top Giver Award went to Strongwell for giving close to $100,000 to the campaign. Strongwell’s campaign team coordinated meetings and speakers, and prepared materials to educate the employees on the importance of giving.  The Campaign Chairman’s award went to Sprint PCS for its substantial increase in year-over-year employee contributions. The President’s Campaign Award was given to Bristol Motor Speedway for its excellence in both donations and volunteerism to the community. Great job, everyone!