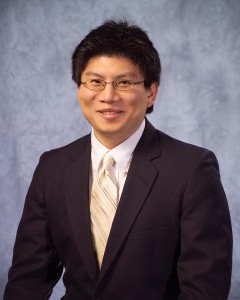 We are pleased to announce that Te-kai Shu has been promoted to Social Media and Business Development Manager, reporting to Barry Myers, Marketing Manager. In addition to his existing role of managing Strongwell’s social media efforts and overseeing the day-to-day activities in the Strongwell Media Center, Te-kai will take on the responsibility to research new business opportunities to support Sales. This role represents a huge step forward for Strongwell by dedicating a resource in Marketing to increase lead generation in addition to its existing advertising and business development efforts.

Te-kai has been with Strongwell since 2007 when he started as a pultrusion operator. After being promoted in 2008, he has served in various roles in the Media Center as a part of the Marketing team. Te-kai is a graduate of Emory & Henry College where he earned a B.S. degree in Political Science.

Please join us in congratulating Te-kai on his promotion!