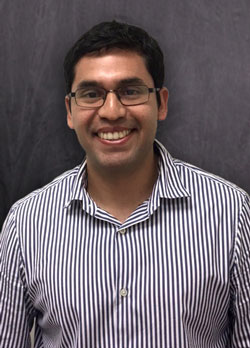 We are  pleased to announce that Xavier Martínez has joined Strongwell as Divisional Finance/Accounting Manager for STRONGWELL S. de R.L. de C.V. Xavier will report to Sandra Fancher and will coordinate the accounting function for the Mexico facility.

A native of Veracruz, Xavier received his Bachelor´s in Accounting & Finance with specialty in Management and graduated from Universidad de las Americas (UDLA) in Puebla in 2014. Xavier was previously employed at General Electric as General Accountant and Xerox Company as Financial Senior Analyst.

Xavier resides in Garcia with his girlfriend Jenny and his pet “Chepo”, an English bulldog. In his free time, Xavier enjoys playing sports and traveling. He plays football during weekdays and his favorite team is “Los Tiburones Rojos”. He also plays softball every Sunday.
Join us in welcoming Xavier to Strongwell.