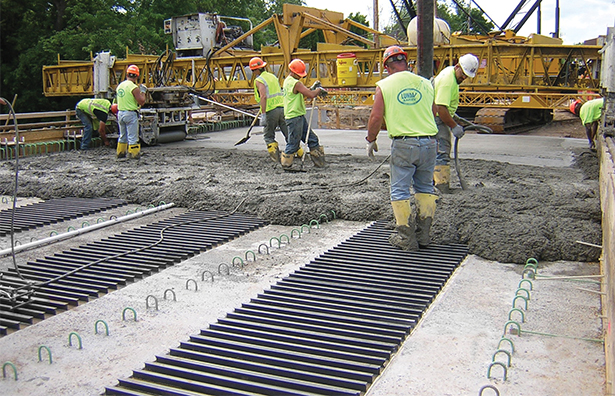 A recent bridge project in Black River Falls, Wisconsin made interesting use of Strongwell’s SAFPLANK® decking. The contractor, Lunda Construction, chose the FRP panels to serve as a concrete forming system. A total of 2,400 square feet of the interlocking fiberglass decking panels were installed upside down. The decking acted as stay-in-place forms for the concrete, which was poured directly on top of the panels.

Unlike wood forms, the corrosion resistant and light weight SAFPLANK® did not have to be removed and eliminated the need to form between the concrete girders. Without the hassle of removing the forms, the innovative use of the interlocking sections saved labor costs and resulted in a faster installation.