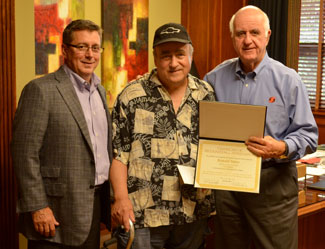 His retirement plan consists of helping his sister get settled in their mother’s house, taking classes on oil painting and mastering the art of swimming. Ron plans to travel frequently during his retirement.

Strongwell congratulates and thanks Ron for his hard work and dedication over the years.