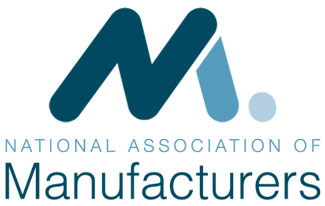 (Bristol, VA) Strongwell Corporation, world leader in the pultrusion of fiber reinforced polymers (FRP) and headquartered in Bristol, Virginia, was recently notified by the National Association of Manufacturers (NAM) that it was a top finalist for the prestigious Sandy Trowbridge Award for Excellence in Community Service. The Trowbridge Award recognizes manufacturers with 1,000 or fewer employees that “have a demonstrated commitment to community service, reflected by company policy, resources and employee participation as well as…a strong relationship with the [National Association of Manufacturers].”

Strongwell was honored as a Trowbridge Award finalist due to its role as an active part of the communities in which it does business. Strongwell is an avid supporter of the United Way of Bristol, being awarded both the President’s Award (for generous support and commitment to United Way) and the Top Giver Award (for highest total giving) for the past three years in a row. Strongwell also supports numerous academic endeavors to encourage Science, Technology, Engineering and Math (STEM) education. Additionally, Strongwell offers time and resources to support organizations such as the Boy Scouts of America, the Children’s Advocacy Center, the YWCA, the Marsh Regional Blood Center and many more.

To learn more about the National Association of Manufacturers, please visit www.nam.org.