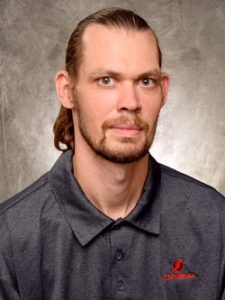 We are pleased to announce that Zach Mullen has been promoted to the position of Assembly Shift Coordinator.

Zach grew up in Kasson, Minnesota, and currently resides in Stewartville, Minnesota. In his free time, Zach enjoys playing pool and darts. He also enjoys cooking for family and friends, and hiking the North Shore with his dog, Lulu.

Please join us in congratulating Zach on his promotion.